So it's time to introduce the new protagonist, and I gotta say, he's going on the list of my favorites.
Oliver Scathelocke.
Oliver is the adopted son of Jean-Luc and Tirzah (yes, they had to adopt and the whole story behind that is better discussed in person) which makes him the grandnephew of Robin Hood.
He's grown up in the shadow of two heroes rather than one, and he's got a secret that not even he knows about.
For loyal followers of this blog, that means that he has grown up as a combination of Cassian and Jean-Luc.
Oliver is rash, and impulsive and has a couple of rage issues. He holds grudges and doesn't like being told what to do(but then, that's what every sixteen-year-old is like).
As is the case with all the inhabitants of the Sherwood Cycle, Oliver has a spirit animal: the falcon. 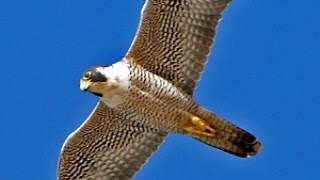 The root word of "falcon" comes from the Latin word for foreigner or stranger, which is a perfect fit for Oliver because he has no clue who he really is. Falcons symbolize victory, superiority, determination, loyalty,  and strength (so there's Cassian's influence) and also wisdom, the ability to be patient and strategize(thank you, Jean-Luc).
Oliver's celebrity model has changed several times, since in the initial phase of writing anything, I can't make up my mind about anything.
However, I recently saw bits of a little thing called "His Dark Materials"(I don't have HBO, which makes me mad, but I know who's in the cast and I can squirrel out clips from somewhere, so that's...fine I guess?);
and then I saw a fun miniseries on Netflix called "A Letter for the King"(which is a perfect YA GOT and if you're an entertainment cynic, then as long as you keep in mind that it's YA then you'll enjoy the heck out of it);
and a trailer for the upcoming remake of "Secret Garden"(which will be released in August in the UK only, so I have to wait. And it's fine);
and this particular celebrity was in all three and the first time I saw him I went "ooooh, that's Oliver!" And, at least in my head, he's perfect. 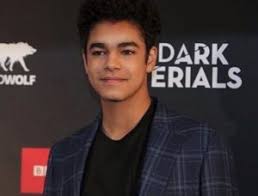 His name is Amir Wilson aka Will from "His Dark Materials" aka Turi from "Letter for the King" aka Dickon from "Secret Garden".
And yes, I know I just repeated myself and yes, it's fine.
I had an interesting discovery about Oliver's soundtrack--for some reason, there is a lot of K-Pop in it.
I posted about my mini K-Pop obsession a couple of years ago, and it never really went away so I guess that the muse has decided that there should be K-Pop in Sherwood now.
And again, it's fine, I'm ok with that.
Oliver's Soundtrack
Unbreakable (feat. Jay Park), by Kim Hyun Joong
Boomboom, by Adam Jensen
Indestructible (feat. Jung Youth), by Sam Tinnez
Own It, by Mack Wilds
Purple Line, by TVXQ!
Breakdown by Jim Hyun Joong
Mama (feat. William Singe), by Jonas Blue
Runaway, by 3 Doors Down
I Stand Alone, by Godsmack
Beg, by Jack & Jack
Stay, by MBLAQ
Figure It Out, by Royal Blood
Keep Your Head Down, by TVXQ!
Made for This, by The Phantoms
Need the Sun to Break, by James Bay
How Do You Sleep, by Sam Smith
This Is Me (from "The Greatest Showman"), by Pasek and Paul
It Has Begun, by Starset
Two of Us, by Louis Tomlinson
Stronger than Ever, by Raleigh Ritchie
Posted by chexf at 10:12 AM No comments: