Lure of the Fox: Month of Blood

Remember when I said that "Lure of the Fox" takes place in the colder months?

Well, as of now, I know exactly when it takes place. 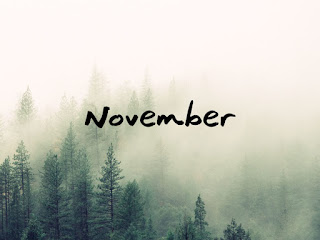 Which is cool, considering what month it is right now...for the next five days anyway😛.

Back in the Middle Ages, though, it wasn't called "November"--very much.  It was more commonly known as:


Yeah, I have no clue how to say that, but that is how you spell it.

And it means "blood month" or "the month of blood sacrifices".

See, back when the Anglo-Saxon calendar was a big deal, November was the time of year when it was likely that animal sacrifices were made so that the inhabitants could have a safe a relatively mild winter.

And stockpile for the winter as well.

Because, you know, food.

These animal sacrifices were likely made when the leaves started to change color and fell off the trees, and it got stupidly cold.

But the sacrifices likely didn't begin until after the harvest was brought in, which was usually after All Saints Day. 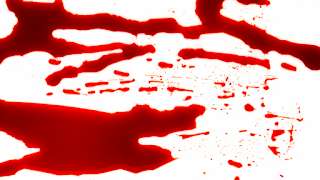 November was also a time for bonfires and mischief, particularly because the previous holiday, Samhain, was when the veil between the living and the dead was thinnest, so it's also possible that the animal sacrifices were to appease any lingering spirits in addition to protection from the upcoming weather.

Of course, Malbete would have his own twisted definition for "month of blood".

And he uses it.

Especially when it concerns Jean-Luc. 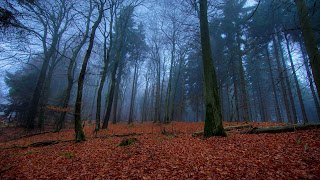