Over the weekend I had a reading of "Smoke and Mirrors", by a theatre company based in New York.

(currently over Zoom, but hopefully soon I'll get to do some in person, too) this was really cool.

so I won't go into that here.

One of the questions that was asked during the feedback session was about my writing process.

Since this is the second time I've been asked this, and it probably won't be the last,

I've decided to elaborate a little bit on this little blog. 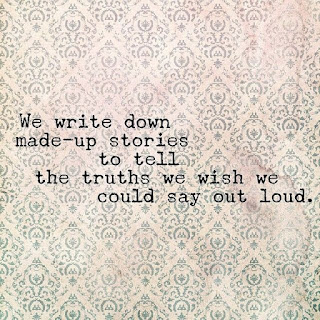 Every writer has his/her/their process.

When "Wolves of Sherwood" premiered at Brelby Theatre Company in Arizona,

the Artistic Director asked me this same question,

If you've followed me for awhile, you already know that I use playlists for my projects,

and I have celebrity and "real life" models for my characters---because of course I do.

The scripts I write always start with a "what-if" scenario(like "Wolves of Sherwood");

(like someone throwing someone else out a window/front door--the opening scene in "Angel's Alley");

or a part of my person belief system or something else I want to talk about but can't in any other way,

because for some reason I can be more articulate in my writing rather than vocally,

I don’t know why("B/V" and “Smoke and Mirrors”--also, see image above)

Every initial draft of a script I write ends up being about twice as long as the final draft because:

1) My characters love to hear themselves talk, and more often then not will talk too much

2) I have this ridiculous need to please my inner critic before everyone else, and

3) Exposition bogs me down. EVERY. SINGLE. TIME.

Don't know if y'all have noticed, but I have a tendency to write scripts with massive casts.

And part of a playwright’s job is to establish initial relationships between the characters.

Easy if you have a two to four person script, right?

or I talk myself in and out of keeping. (I have a folder labeled “Scenes For My Eyes Only”

that serves as a Scene Graveyard,

completely or cut down, but I haven’t even written “End Of Play” on that one yet, soooooo)

After I write the initial draft, I get to the Fun Part.

When I first started playwriting, I would procrastinate like nobody's business

when I got to the “revision” process(see “inner critic” on list above).

because I’d usually act like Ross Geller on “Friends” for days, as I’ve never liked killing my darlings.

And she said she believed me

(have I told y’all this story before? If I have, then it’s worth a repeat, so there you go)

My inner critic didn’t help much either.

That is, until I figured out a way to turn the inner critic off.

(Turner Classic Movies, for those not in The Know)

and, being a cinephile, I binged this channel multiple weekends while not working or studying

(ok, fine, sometimes I would forgo studying to binge TCM); and after awhile I started to notice things:

and John Garfield were gorgeous (and if you know who any of those men are, kudos!

(see parenthesis above and substitute “women” for “men”)

3)The majority of the films I watched(usually filmed between 1930-45) were tight, clever,

not just baking or folding laundry or things like that(I’ve been doing that since I was little),

but also while I was writing.

(in this case, “Nottingham’s Legacy”) and proceed to slice out chunks of dialogue and scenes

with one part of my brain, and paying attention to something on the tv screen with the other.

Usually throughout my writing process, I’m “theme watching” so there’s been a lot of

“Robin Hood” adaptations that I’ve either bought or rented in the past two years.

But sometimes I need something that isn’t related to the project I’m working on,

so I’ve been switching between “Gossip Girl”, “The OC”, and “Call the Midwife”

--because that’s about a far away form swashbuckling outlaws as you can get.

Also, for some reason, I can spot a typo while the tv is on, not so much when the tv is off. Weird.

Once the initial revision/editing process is done(usually depends on how many characters I have),

then I get to do the readings and post reading revisions and pitching for performances and all that stuff.

Which is the Other Fun Part 😛